The owners of Bar Henry branch out to Queens with this 40-seat Mexican eatery, specializing in the regional cuisine of Cintalapa, Chiapas. Brothers Cosme and Luis Aguilar, the chef and GM respectively, pay homage to their late mother with traditional plates, including some based on her recipes, such as chicken mole and cochinito chiapaneco (guajillo-marinated baby pork ribs). The white-painted spot features a garden and works from Queens artists.

Denisse Lina Chavez, known around these parts at the Queen of Carnitas, moved her cramped bodega–cum–taqueria from the south Bronx to central Brooklyn with this 32-seat Prospect Heights successor. Inside the cheery space–decorated with bright-green stools and pineapple-painted walls–find the central Mexican specialties that Chavez built her reputation on: The chef nixtamalizes blue corn via a Jalisco-imported custom masa machine to make tortillas, which hug everything from chicken tinga to chorizo to, yes, those juicy, immensely porky carnitas.

Excellent food and service! The pizza was fantastic, and everyone else at our table enjoyed their food very much. Our waitress Victoria was wonderful and very attentive to all of us. Highly recommended.

Stumbled across this place in the rain and very glad we did! After sinking one of the house margaritas we asked the waitress for food suggestions. The king prawn chilaquiles were very tasty and the Mexican corn on the cob a very good accompaniment. Food was very tasty, but perhaps could have been a little bit spicier for my liking. Very good Mexican nonetheless and another margarita definitely didn\’t do anything to spoil the occasion! Cheers!

Very good burrito and fajitas! The restaurant has a great decor with really original details. The acoustics of the restaurant is bad. Combined with the place being full it was very hard to talk to anyone not sitting next by.

Very nice Mexican, friendly team and great food, only disadvantage is that they don\’t take reservation. 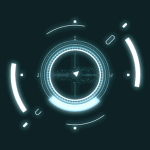 More from this author :

For faster login or register use your social account.